he takes ‘joking around’ quite seriously.

"Being funny is a precise and professional art form” 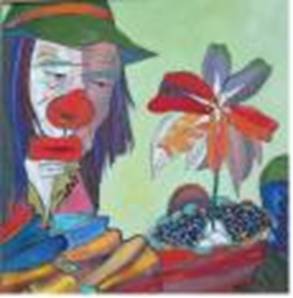 he says with a passion and a sense of earnestly.

He even takes to studying his jokes,

/ he remembers them all off by heart.

And often his most favorite joke starts with the line;

The serious comedian considers his jokes as a way

of changing the ‘sadness’ in the world.

He tends to think that; telling a joke is like a kind of therapy

to bring people out of their ‘introverted shell.’

For he’s got a joke for every catastrophe,

a joke for events that most would consider ‘tragic.’

For he thinks of laughter as being a healer

and something from the heaven that’s ‘sheer magic.’

“Comedy is an art form” he says,

And so I’ll tell my jokes the best I can

to put an end to sadness and our ‘of times’ unhappy fate.”

His motto in life goes somewhat similar to the old proverb;

“if you laugh the whole world laughs along.”

“things are always much better if you tell a joke

and sing a funny song.”